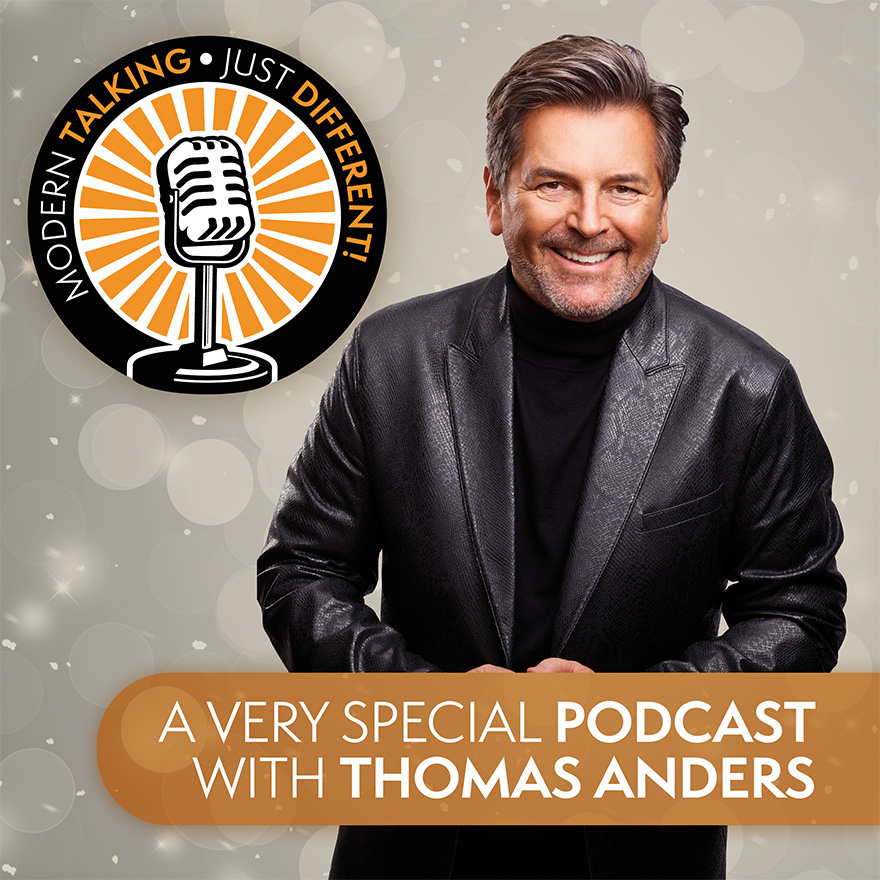 FROM APRIL 17, 2022 everywhere podcasts are available!

THOMAS ANDERS is an integral part of the music and entertainment industry.

He stood on a stage for the first time 53 years ago, signed his first record contract in 1978 and released his first single “Judy” in the same year. More solo singles followed until he wrote international music history in the mid-80s with MODERN TALKING. More than 125 million records and CDs have been sold and countless fans all over the world have accompanied him to this day.

Much has been written and said about Thomas Anders in his career, which continues to this day. Now he speaks! About successes and failures, ups and downs. Unvarnished and open, in private from his home, presenter Markus Dreesen takes him on a journey through time in which he looks back on the stories of his eventful life with a twinkle in his eye. His guests are friends, people close to his heart and companions who have accompanied him on his journey to the present day. Sometimes humorous, sometimes serious, but always from the perspective of a man who turns towards and in the end has remained down-to-earth.